The first Golden Oldie festival had been held in Auckland in 1979, and it was the then Director of Rugby Coaching Queensland, David Clark, that opened up discussions around the Golden Oldie movement in 1980.

However, it wasn’t until after the grand Final in 1982, in the beer garden at Ballymore – home of Queensland Rugby – that life members, Lyn Jones and Errol Smith made the decision to set up Golden Oldies in Queensland. The road to success would be a rocky one – they knew, especially after earlier attempts had failed – but after a couple of XXXXs, the pair’s determination and motivation had been elevated enough to stat the ball rolling to keep alive the game they loved.

The boys put the feelers out and it wasn’t long before some of the best-known players across Brisbane had rallied to their cause. A steering committee was soon established, comprising Lyn, Errol and David Clark. Not long after, a presentation to Castlemaine XXXX Brewery secured the burgeoning club’s first sponsorship deal, and marked the beginning of a prosperous relationship which continues to this day.

The club’s first goal was to attend the 1983 world Festival in Sydney, which coincided with the launch of the XXXX Gold brew in the city. The club also announced their official name – the XXXX Goldies – at around the same time… a serendipitous moment if ever there was one!

The club became legally constituted, with Errol Smith as President, Lyn Jones as Club Captain, Geoff Hellins as Secretary, and Bill Crawford as Treasurer, and the relationship with the Queensland Rugby Union was solidified at last.

The race to Sydney 1983 was in full swing. Everything from fundraising efforts, the introduction of the first club jerseys (XXXXs red and gold were chosen, plus the traditional numbers of the back were replaced with the now iconic XXXX), and visits from Golden Oldie top man and soon-to-become Sydney 1983 Director, John Howard, and World President, Tom Johnson from New Zealand were on track.

A contingent of 70 made it to Sydney in the end and they had a ‘whale of a time’, including setting the record for consuming over 6000 cans of beer during the week! The XXXX Goldies had most definitely arrived on the Golden Oldies scene in earnest.

Subsequent tours took the boys to London in 1985 – including a 14-day bus trip through Europe – followed by Auckland in 1987, a home festival in Brisbane in 1988 in conjunction with World Expo, and Toronto in 1989.

The XXXX Goldies continue to build on their proud history as a touring club, participating regularly in Golden Oldie tournaments all over the world. 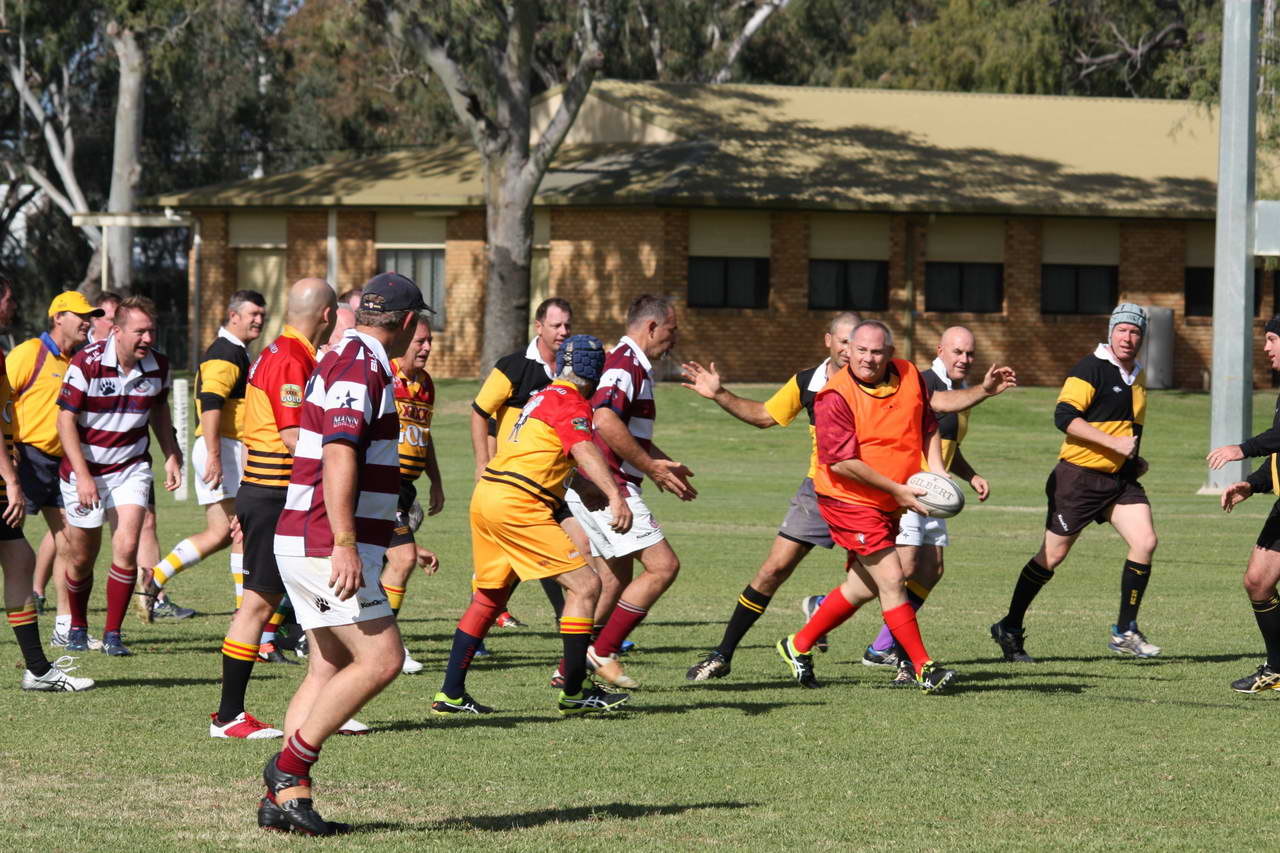