“Only two things in life are certain - the referee and death!” ~ Old Rugby saying

Even the most seasoned of rugby players get to a point in their playing careers where nature calls for a time-out on full-on hard play!

However, there’s absolutely no reason why anyone who enjoys a solid game should wander off aimlessly into rugby retirement on account of their age, never to play again. The passion, desire and determination to play can and does continue successfully through Veterans Rugby, which is a modified version of the game that offers the ultimate excuse for a beer or two with the boys after a ‘good’ run-around. 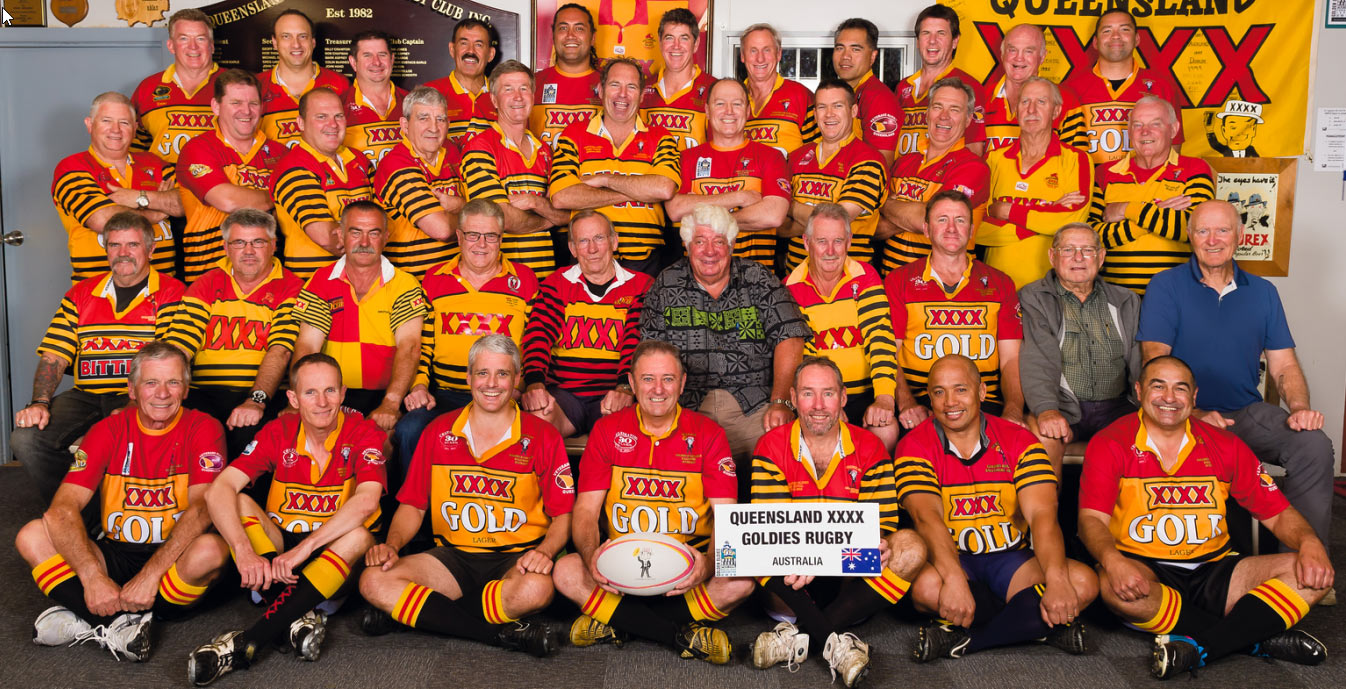 (other variations may be organised at the discretion of both captains)

The overriding main rule is that veterans’ games are played by those who are older than 35 years of age. Players in the Golden Oldies division are typically 50 years or over.

Played as per normal, with 15-a-side, a few simple variations are put into play to ensure that the game is suitable for all those taking part, regardless of age, and minimising the chances of injury.

Rolling substitutions – where players are permitted to leave the field and return at a later stage – shorter playing times, plus calling time on any form of vigorous play, more or less guarantee that the emphasis remains exclusively on fun, friendship and fraternity at all times.

The short of it

If a player wears red shorts, it means they don’t want to be tackled to the ground or pushed off their feet. Any player in red shorts may be held but NOT tackled.

Check out the Veterans Rugby Queensland website to find out more about the game.